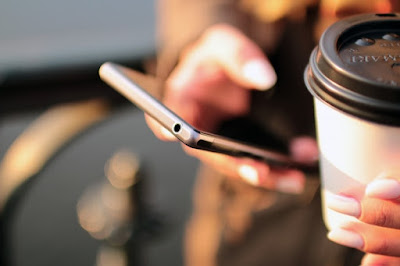 Have you ever found yourself almost colliding on a pavement with someone walking straight towards you set on a collision course, gaze downturned? It is easy to recognise these victims of the zombie plague that has ravished our planet because they are the ones with their whole attention locked onto the mobile phone clasped in their hands. If you are lucky, they spot your feet and veer to the side at the last moment, their eyes never leaving their mobile phones during the entire manoeuvre. If you’re really lucky you may get a mumbled apology, before they drop back into the compelling world conjured up within the silicon of their mobile device. 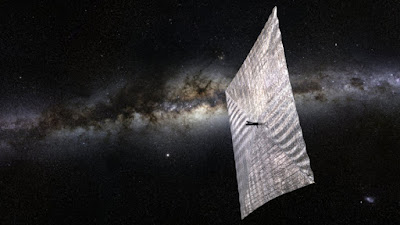 Solar sails used for propelling space ships across the vast distances of space have always been a firm favourite of science fiction stories. I first heard of the concept back in the 1970s in Larry Niven and Jerry Pournelle’s book, The Mote in God's Eye. Also, concept images frequently adorned the pages of the science and science fiction magazines back then, such as in the wonderful OMNI (sadly no longer in print).

In September 2016, this technology will take a significant step forward, when a tiny spacecraft, Prox-1, will hitch a ride onboard the new SpaceX orbital lifter, the Falcon Heavy. And this will be a very important moment for the future of space exploration.

Once Prox-1 has achieved orbit, it will eject a rather special CubeSat spacecraft, LightSail2, a little larger than a loaf of bread, into space. From this tiny ship, once the instruction to deploy has been received, a solar sail, 4.5 microns thick (far thinner than a rubbish bag), will start to unfurl. Once it has been fully extended to its full 32 square metres size, it will start to capture packets of photons from the sun on its reflective surface, converting their momentum to thrust and pushing LightSail2 gently forward.

The LightSail 2 is the work of The Planetary Society, a nonprofit group raising funding through Kickstarter campaigns. The group's stated aim is to engage and empower people around the world, in the advancement of space science and exploration. In 2015 they deployed LightSail 1 which hitched a ride onboard an Atlas V rocket. Although the craft didn’t reach a high enough altitude for solar sailing, its deployment sequence was successfully tested. LightSail 2, picks up where its predecessor left off, and once sailing with the power of the sun's captured photons, ground-based lasers will measure the effect of sunlight on the sails. Its solar sail should also be highly visible from Earth and The Planetary Society intend to organise public viewings.

Compared to chemical rockets, solar sails enjoy a distinct advantage. Unlike the short burst of thrust of a rocket, solar sails deliver continual thrust, ultimately achieving a far higher speed than their chemical rocket cousins. And without the need to carry huge amounts of fuel, this makes them a particularly interesting propulsion system for interstellar travel.

NASA isn’t being left out either and is experimenting with a variant of solar sail technology. They have started testing the Heliopause Electrostatic Rapid Transit System, or HERTS for short. This is an E-Sail that uses charged wires covering an area of 219 football pitches, to electrostatically push the protons in the sun’s solar winds to create propulsion. The intention is to use this craft for travel across the solar system. By comparison, Voyager 1, launched in 1977, took 35 years to reach interstellar space. If the tests all proceed to plan, a HERTS based craft should be able to do the same journey in around twelve years, a third of the time.

Solar sails also hit the news again this week with the announcement that Stephen Hawkin has signed his name to the Breakthrough Starshot Initiative. This project has announced a significant $100 million research fund to investigate the creation of a fleet of tiny nanocraft, the size of postage stamps, and packing the sort of processing power that we find in the average smartphone today. These craft, being propelled by lasers, will head out of our solar system towards our neighbouring star, Alpha Centauri, at up to 20 percent of the speed of light. Travelling at this velocity they should make the 4 light-year journey to Alpha Centauri in about twenty years, taking snapshots all the way during their long voyage and beaming their images back home. Can you begin to imagine the excitement when that fleet of tiny nanocraft finally arrives in our nearest neighbour's system?

Although there is ongoing research into esoteric drive systems like the EmDrive, the technology for solar sails exists today. The Breakthrough Starshot Initiative has a very real chance of sending a probe using this technology, out across the vast distances of space to visit our interstellar neighbours. And with that, and the other current space developments, including in reusable rocketry, it really does feel like we are entering a new era in space exploration. And that can only be a wonderful thing for our future as a species. 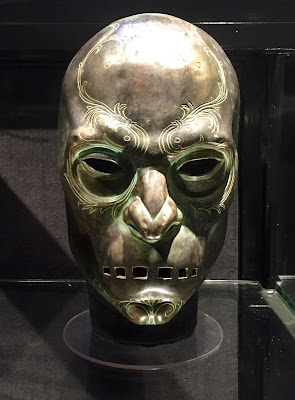 This week, at long last, and having heard so many glowing reviews from friends, especially other authors, I finally got to experience the Harry Potter studio tour in London, for myself. I’m delighted to report back that it really did exceed all my expectations. However, afterward, I also found myself reflecting on the books themselves and the magnitude of what J.K. Rowling succeeded in creating…
Read More
Read more » 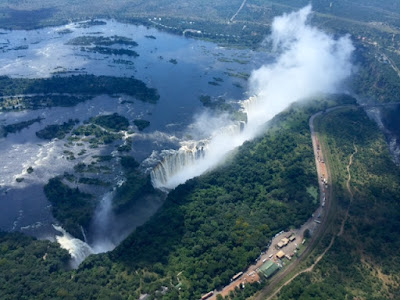 I have always felt a pull at my heart to travel the world and experience far flung places. In fact I’d go as far as to say part of me lives to travel and always has done so.

As I write this (in Zimbabwe), we have just visited Victoria Falls, spectacularly huge (the largest falls in the world), incredibly loud, but best of all, poncho or not, that will leave you soaked within moments of being exposed to its dense, monsoon like, water mists. Wonderful. And right there is the joyous nature at the heart of travel, that often throws up life affirming moments like this.
Read More
Read more »
Newer Posts Older Posts
Subscribe to: Posts (Atom)
© Nick Cook. Powered by Blogger.