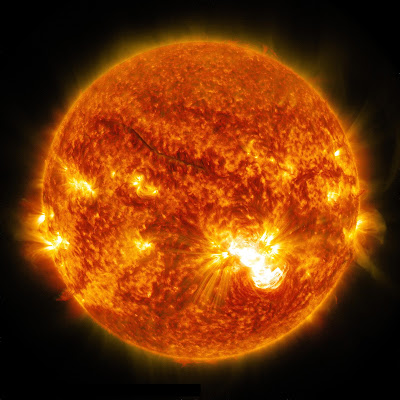 Here’s a date to put in your calendars…2020. Why? Because, based on the more conservative projections, that’s the year that countries like the UK will reach a tipping point in power generation. Slipping under the radar of many people, there has been a quiet revolution that’s been steadily building momentum for many years now. It has everything to do with all those solar panels that have been appearing up on the roofs of many homes, the numbers of which have growing exponentially over the last few years.

In the UK, government feed in tariffs (FITS) have partly helped fuel the rapid deployment of photo voltaic (PV) panels. Unfortunately for an industry that’s just started to hit their stride, the subsidies they have recently been slashed by the UK government, a decision that many believe is very short sighted.

However, things aren’t necessarily as bad as they might as first seem. There is something rushing towards us that will change everything – grid parity – a phrase that we are all going to be hearing a lot more about, over the next few years.

So why all the excitement?

Grid parity is the moment at which solar generated power reaches the same price point as grid generated power, which in the main is still provided from fossil fuel sources. For very obvious reasons PV reaching the same price as fossil fuel generated power, has very bug implications for our planet. And before you think this is fanciful notion, grid parity has already been achieved in states like California. Even with subsidies falling away, nothing is going to slow down our rush towards this far reaching power generation paradigm shift for our world.

It gets better. There is nothing to stop the plunge in price of PV power, shooting far below that of the fossil fuel equivalent. PV cells are increasing in efficiency every year, and they are also getting cheaper. In the many scenarios, it is only a matter of time before fossil fuels can no longer compete with PV power.

Wind and wave power have their place in green power generation, and also some make the case for nuclear generation, despite the huge costs related to it. Of course many argue against it, including for reasons of safety.

There is one major obstacle for PV power generation, that it is lumpy and it doesn’t work at night. Also in winter PV produces less power due to the decreased sunlight. However, there are two other developing areas that may prove to have a significant role in dealing with PV power's shortcomings – and both are to do with power storage.

The first technology is industrial scale flow batteries. Flow batteries are a maturing technology that have the potential to be able to store huge amounts of energy generated during the day from PV, and other renewable, sources such as wind turbines. Once stored, this power can be delivered back into the grid when the sun isn’t shining and the winds are calm.

Flow battery technology will be key to weaning us off coal powered generation addiction. There are very exciting developments in this area, with the recent announcement on a lithium based flow batteries that, compared to the current flow batteries on the market today, deliver ten times the amount of power storage. There are technical hurdles to be solved, but the future is looking extremely promising for this technology.

The second key development is linked to weaning off households on their reliance of the grid. At the moment a typical household with PV panels, generates excess power, that during the day, is fed back into the grid. However, what if you could store that unneeded power in your own super-sized battery? That is exactly what people like Elon Musk, of Tesla and SpaceX fame, has been pondering about, too. His company's solution is called Powerwall, a large battery storage device, that when used in conjunction with PV cells, will mean that household will be independent of the grid for long periods of time, maybe even in some cases, completely.

One thing is for certain. The renewable power generation revolution is gathering force and 2020 is rushing towards us. And when we reach grid parity, that can only be a good thing for putting the brakes on global warming.

If you have time, I highly recommend spending 25 watching Al Gore’s excellent TED talk, New Thinking About the Climate Crisis. This is his follow up talk to his famous, An Inconvenient Truth TED talk (2009). It would seem there is an awful lot to be optimistic about.