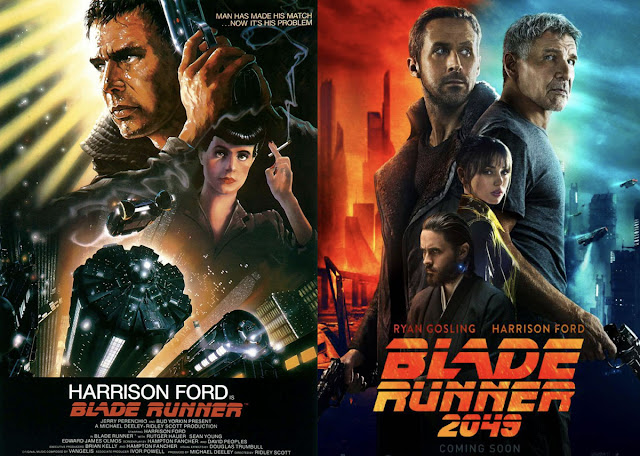 My all-time favourite movie since its first release in 1982 is Blade Runner. From that first moment of the opening credits where a craft is flying over that landscape of industrial towers spurting fire into the sky and backed by the haunting soundtrack of composer Vangelis, I was totally hooked. Even to this day I still remember the sense of awe that film invoked in me the first time that I saw it.
Like many who adore Blade Runner, I have seen all the edits and director cuts of that original film. But for me, the original version was already superb.

I will never ever forget the power of one moment in that film in particular.  It's often referred to as the Tears in the Rain speech. In it, Batty, the replicant that Deckar has been hunting down, utters these immortal words... “I've seen things you people wouldn't believe…” The speech that followed was actually written by the actor who performed them, Rutger Hauer. Some things in life are destined to leave a lasting impression on you, footprints in your soul if you will, and this was true for me with this short but beautiful soliloquy. Haunting, moving and utterly poignant. 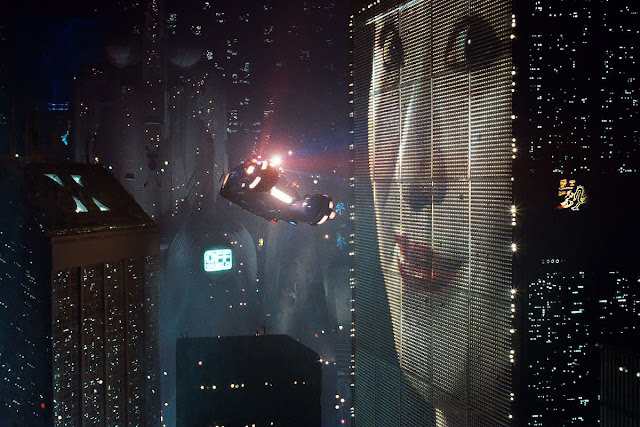 I can't talk about Blade Runner without mentioning its special effects. When I saw it all the way back in 1982, I was already a huge fan of 2001 – A Space Odyssey, a movie which blew my mind at the tender age of ten when I first saw it. But it was Blade Runner, made long before the advent of serious computer graphics that visually was a stunning tour de force. The pivotal designer responsible for the look of the film was the incredibly talented Syd Mead who sadly recently passed away. A highly proclaimed industrial designer and neofuturistic concept artist, Syd was the person who created that grungy neon-lit sprawling urban metropolis look, a combination of Hong Kong meets New York with a futuristic spin. Even today his vision for the movie feels like a real glimpse of a possible future for our world. And it was Syd who also designed the iconic flying cars that still haunt my imagination. Certainly, as a teenager when I first saw Blade Runner, someone who ate, breathed and slept science fiction, his design style spoke deeply to me. 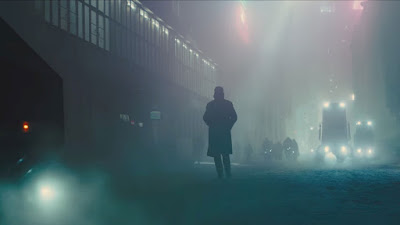 Of course, there's been plenty of analysis of Blade Runner over the years and I'm not going to be unearthing anything new in this piece. Yes, Blade Runner is ultimately a film about what it is to be human and how that line may be blurred in the future. However, it's a comment from the director of the sequel movie, Blade Runner 2049, Denis Villeneuve, that for me was something of a lightbulb moment for me.

In an interview, Villeneuve stated that Blade Runner and his own sequel Blade Runner 2049 were ultimately movies about loneliness. When I read that, it was like being handed a new lens to examine that original movie through. Suddenly I saw Harrison Ford's character, Deckar, in a new light – a man alone in a dystopian world. And then in the film he meets Rachel and forms an instant connection. Of course, the irony is that Rachel is a replicant too and which leads to the ultimate internal conflict for Deckar. 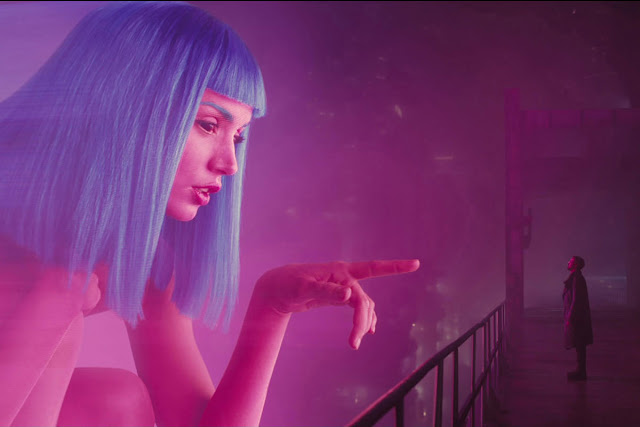 It’s this theme of loneliness that I think Blade Runner 2049 deals with superbly. Yes, the idea of an AI holographic projection becoming a lover is maybe pure fantasy, at least with current technologies, but maybe one day aspects of that vision will come to pass. However, can technology ever be the real answer to human loneliness? Sometimes technology can actually exasperate the problem. That's certainly the flip side of social media that's meant to enrich the connection between people, but has left many feeling increasingly isolated. It could even be argued the social media has helped to reinforce a society where people don't talk to their neighbours, such is the seductive nature of the black mirror that they hold in their hands.

The script for Blade Runner was based on Philip K Dick's story, Do androids Dream of Electric Sheep. I actually read that story long before the first film was released. Although that short book is a great one, I personally think the script behind the movie elevated that story to an extraordinary level.
The original Blade Rubber is still probably my favourite version of all the edits because it used Deckar's character for a voice-over. The irony is this was a knee-jerk decision by the film's backers who were worried about its early screen testings with audiences. However, I actually think Deckar's voice-over made that version of the movie feel more like a book. Also, apart from being a storytelling device, it also tapped into the classic film noir movies feel that often featured a detective talking over the film. That's not to say that the later versions of Blade Runner without it didn't work, just for me it gave that first version of the movie a truly magical feel. 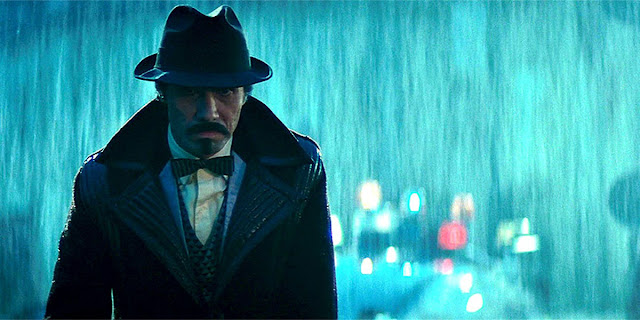 When I first heard they were making a sequel new movie, I was more than a little bit worried. After all, how could they follow up to one of the greatest sci-fi movies of all time? But I needn't have worried because Blade Runner 2049 is without doubt also an extraordinary piece of moviemaking. Ross Gosling's performance is excellent in the movie and is a perfect adjunct to Harrison Ford’s reprisal of his Deckar's character. Blade Runner will probably always be my number one movie, but now it’s been joined by Blader Runner 2049, an astonishing companion piece to the original film. The soundtrack penned by the ever-talented Hans Zimmer and who I'd love to score the film version if any of my books hit the big screen one day, was breathtaking and frequently echoes musical refrains from Blade Runner. Like Vanegellis's original soundtrack, Zimmer's compositions frequently elevates the film to mesmerising heights. 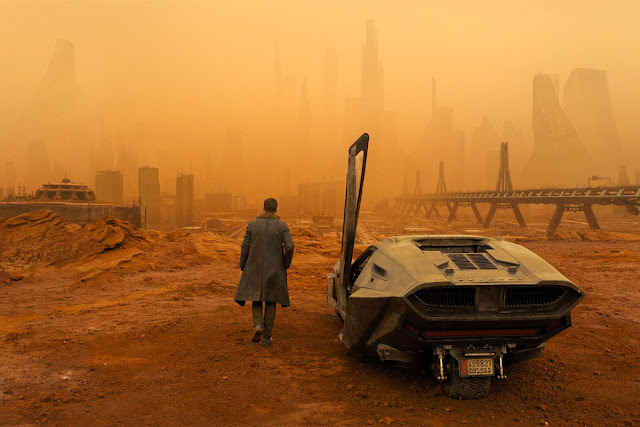 So what did you think of either movie? Loved them, hated them, or somewhere in-between? If you are a fan were there any particular moments that really stood out for you from either movie like the tears in the rain scene did for me? I’d love to hear your thoughts, so do please leave a comment below.

Finally below for you to watch is the famous Tears in the Rain scene. As you'll see it's just as poignant today as it was when it was first made.

"I've seen things you people wouldn't believe.
Attack ships on fire off the shoulder of Orion.
I watched c-beams glitter in the dark near the Tannhäuser Gate.
All those moments will be lost in time, like tears in rain.
Time to die."

– Batty's Tears in the Rain speech from Blade Runner