Sometimes when you start a journey you never know where you’ll end up. A case in point is when I have a creative writing project – WIP – work in progress, underway.

My writing process has evolved considerably over the years. These days I always start with a clear plan, with my key scenes, story arc events, and major characters, all worked out before I even begin. But there is one story that I have been recently working on, that was born in a very different way.

Ten years ago, I left my job as an art director at a very successful games studio that I had helped co-found, to pursue a long held dream of becoming a full-time writer.

It was the bravest decision of my life, but I was partly propelled to take it, by a story that was not so much book whispering into my ear, as screaming at me to be born. Enthusiasm is one thing, but I was a much less experienced writer ten years ago. However, with bright-eyed optimism, I began what was going to be a long creative dance, and  dived straight into writing that first book. No plan to guide me, no thought of the destination, just a burning passion to write… You can probably guess how that worked out...


I grappled with that story, through draft after draft. Editors who saw those manuscripts, told me I had something there. I tried and tried to pin the story down, one that swung between quantum physics, to even spirituality at times. The problem was I didn’t know what story I wanted it to be and neither did it.

Now, in hindsight, I can look back at that period and can begin to understand what was actually going on…I wasn’t just writing a story, or at least trying to…I was actually working out who I was as I writer. And that takes time and lots and lots of words. 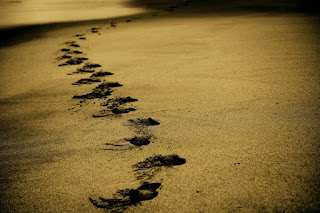 My journey with that first novel went through so many twists and turns, and had reached a mind-numbing fourteen drafts, that I’d become lost within it. Then, out of nowhere, a flash of creative lightning hit me, and the idea for Cloud Riders popped into my head. So there I was, with a brand new sparkling idea, demanding to take centre stage. When I pitched the outline of it to my editor, she loved it, and before long the decision had been taken to start work in earnest on the Cloud Riders trilogy.

And this was a very different experience to writing my first book. This time I knew exactly what it wanted to be. Even the title was perfect. Then, having learnt my lesson from book one, I planned every aspect of Cloud Riders. And that book, by comparison, was a joy to write.

Back to the current day. Right now, I have more or less finished the final book in the Cloud Riders trilogy, Eye of the Storm. It’s been an incredible and wonderful journey getting here. However, what ever happened to that first book? The short answer is that it wouldn’t leave me alone!

The problem was I knew there was something special about it…a lot of other people who read it, did too. The truth is, ten years ago I was probably too inexperienced to pull off what was a very ambitious book. That was then...this is now. 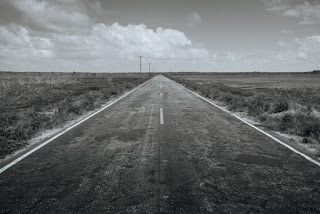 I tried again about a year ago, dusting down that original manuscript and attempting to refine the theme of the story. It wasn’t a bad attempt, but still lacked that a certain something. However, one day a title appeared in my head, and with it, I understood at last exactly what book was going to be all about.

And that’s how Fractured Light was born.

From that moment I understood the world that I’d been striving to create, a heady mixture of manipulated human DNA, a quantum physics experiment going badly wrong with extreme consequences for our world, and a strange force that is attempting to invade our world from beyond space and time.

Sometimes the way that a book comes into existence can be relatively easy, sometimes you have to fight it every step of the way. With Fractured Light it’s been a ten year journey...and it doesn’t get much tougher than that!

One thing’s for certain…I could certainly never have written this new book, the start of a new trilogy, unless I first produced the Cloud Riders series. 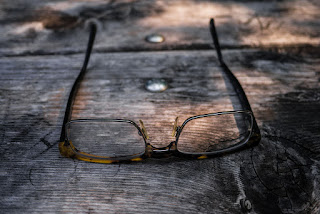 What a dance it’s been, but I would never change any of the steps that have brought Fractured Light to life at last. Sometimes books should be abandoned. Sometimes they shouldn’t. Sometimes the hardest creative challenges are ultimately worth it. As I near the end of final draft and begin submitting it to publishers for the next stage of the dance, I believe that’s the case with this latest book. I have certainly learnt so much since those first steps on my journey to becoming an author, and will continue do so as as long as write.

Now, nearing the finish of this ten year creative journey, I have at last finally understood the flickering flame that inspired those first blind steps into the darkness. Maybe I also understand myself just a little bit better than I once did. And that's all part of what it is to be an author, that ultimately through your writing, you can also discover who you really are.


When your book leaves home:
http://therealnickcook.blogspot.co.uk/2014/05/when-your-book-leaves-home.html