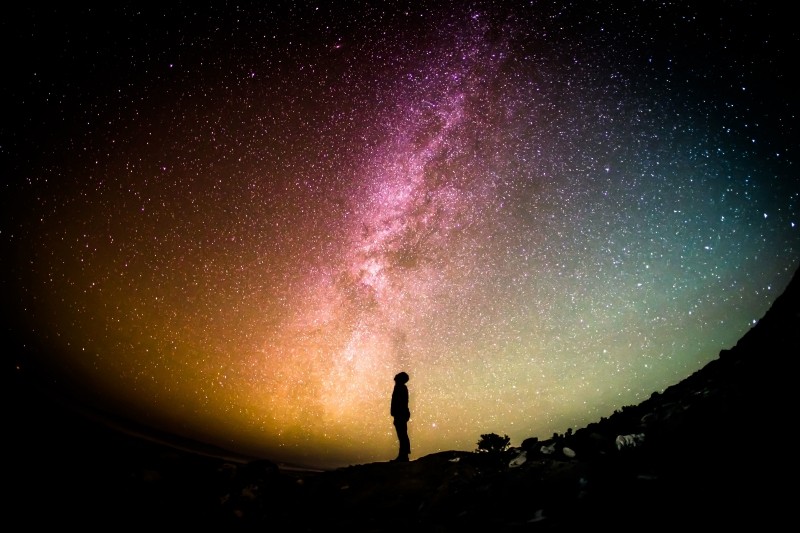 Here’s a question for you…what if we’re all alone in the galaxy? What if there is no one else out there across the vastness of space?

It was the Drake Equation that later evolved into the famous SETI program, which to this day, scans the heavens with radio telescopes looking for any signs of intelligent life. The problem is that so far none have ever been detected. The troubling question is, why?

It sounds simple doesn’t it to pick up the radio chatter from an alien civilisation, but it really isn’t. The radio frequency is actually a very wide band, from short wave to long wave. Originally, SETI searched through very narrow radio bands, trying to guess the magic frequency that aliens might be broadcasting on. Today, radio telescopes, thanks to computing developments, can search multiple bands at the same time. But we still haven't heard anything. And it this contradiction between what the Drake Equation and we still haven’t found, that has led to the Fermi Paradox that asks, why?

Could it be that the hurdles to evolve to intelligent life, often referred to as the great filters are so great as to make it almost impossible to get past? In other words, is Earth a one-off?

The optical search is currently on for Earth-like exoplanets planets, measuring the dip of light as the planet passes in front of its star. This search has thrown up many candidates for planets, like our own, that exist in the goldilocks orbit – not too hot, and not too cold – where the conditions, in theory, are ideal for evolution of life. And this list is growing rapidly every year.

However, being suitable for life is only the starting point. The point where basic chemistry tips over the line into one where life flourishes, is a tricky one to navigate. So far we haven't been able to simulate this in the lab. But what we do have is the evidence of the planet that we live on that proves this process works. Additionally, Darwin shows us that there was a single common origin for all life on Earth.

And we aren't this planet's first attempt either. There's new research that points to the fact that life may have actually made several attempts to get going on Earth.

And all this has positive implications for finding other life out there...

This is why the search for life within our own solar system is so significant. If we can find life on Mars or the moons of Saturn or Jupiter, then it proves that life on our own planet isn’t a one-off fluke.

Another major barrier (filter) is the evolution into an intelligent species. So could it be that humans are just a freak of nature? Or is it that perhaps alien civilisations haven't lasted long enough for their communications to reach us because they wiped themselves out? And does that mean that a similar fate awaits mankind?

Or, on a more positive note, maybe there is a technical reason that alien technology has moved rapidly beyond radio. In other words, we don't have the technology to hear their quantum entangled, or whatever they are using, communications.

But there may be an even simpler explanation... Have we simply not done enough searching yet? If the universe is represented by Earth’s oceans, then so far we have measured a cupful of all those combined seas. This puts our current efforts so far, into sharp perspective.

This is a needle in a haystack search. However, it's also a question that is so fundamental to us as a species, that after fifty years of searching, we still have no real choice but to continue. Who knows what may be waiting around the corner for us, but we won’t know unless we carry on trying.